You are here: Home / Articles / Why coding in school?

Every teacher has surely heard of the idea of coding and programming in school. But why should pupils be coding?

To delve into this question, I will use ask 5 consecutive “why” questions to find the root cause. This is a popular technique in software companies as well.

I will answer the questions both from a global perspective, and specifically from the perspective of Finland, which is in many ways a global leader in primary education.

1. Why coding in school?

The easy answer is to refer to the national curriculum, which in most countries talks about 21st century skills and often references programming specifically.

In Finland, the core curriculum is included as part of transversal skills and is a mandatory part of education starting from first grade. In most other countries, the curriculum places programming skills into a separate subject area or includes them in digital skills or technology studies.

2. Why is programming mentioned in national curricula?

Globally speaking, all countries have of course their own reasons, but certainly the acute shortage of coders is one reason in many countries driving the adoption of programming already in primary education.

In Finland, primary education has many goals, but they might be summarised into the school “supporting the child’s growth as a human”. This wide goal includes many aspects that can be divided into seven transversal skill areas (chapter 3.3 of the curriculum).

Apparently programming is one small part of growing up as a human. Similarly to learning about music or biology.

Programming is most clearly visible in the category L5, information and communication technology competences.

3. Why and how does programming support the development of useful skills?

Practicing programming is often cited to also help with problem solving and analytical thinking. This is true, but also a very narrow interpretation.

In Finland, for L5 the connection is clear. ICT competences should allow one to control devices and systems, not just be a passive consumer. Therefore some kind of fundamentals of ICT principles should be part of everyone’s education.

But now we arrive to the next conclusion: Programming itself is not important; what is key is computational thinking, which is about understanding how computers generally solve problems and how they can be utilised in solving one’s own problems or challenges. Computational thinking is best learned by doing: programming. Similarly to how a foreign language is best learned by using it is dialog.

So we have moved from coding to programming to computational thinking and problem solving with the help of technology. Now it is quite easy to find links to all the transversal skills of the Finnish curriculum: thinking skills (L1), self-expression (L2), everyday skills (L3), multiple literacies (L4), work-life skills (L6) and participation and influencing (L7).

Just writing code is not this widely applicable, but when coding is done to develop computati0nal thinking, it becomes useful in all skill areas.

4. Why is computational thinking in the curriculum now, but not earlier?

One could just as easily ask why only now, why not earlier?

The rapid transformation of society into an information society of course has made ICT skills more central, and the shortage of software developers is another (short-sighted) reason to drive adoption.

In Finland, the national core curriculum is renewed every 10 years. The National Agency for Education actually tried to include programming already in 2004, but the proposal met with such fierce criticism that coding had to be downplayed. In 2014 they also received criticism, but also enough support, to be able to keep computational thinking in the curriculum.

Of course programming was not in the curriculum in the 80s. But the world has changed in the intervening decades. It has been impossible to predict how technology will affect society. Let’s take a few famous examples (lähde):

I think there is a world market for maybe five computers.

Television won’t be able to hold on to any market it captures after the first six months. People will soon get tired of staring at a plywood box every night.

There is no reason anyone would want a computer in their home.

I predict the Internet will soon go spectacularly supernova and in 1996 catastrophically collapse.”

Two years from now, spam will be solved.

Virtually no-one, not even scifi authors, anticipated that in 2020 people would carry 3,5 billion smartphones in their pockets. All areas of life have changed, mostly becoming faster, cheaper and easier, thanks to technological advances.

And when the world changes, the curriculum must change as well, if it means to be relevant to society.

5. What has society become more technological?

Asking “why” five times is easy, but answering often is not. Continuing the chain will end in discussions around meaning of life and metaphysics.

The rapid development of society started in the age of englightenment at the of the 1700s. Earlier, societies were mostly built on the idea that all important knowledge was stored in the writings of the majority belief system of that society. If something was not there, it was either insignificant or blasphemy. It was a totally novel idea that through science and experimentation one could invent something new that could improve society and life. Nowadays people would talk of innovations. But after this revelation, progress was unstoppable: weapons, steam engines, electricity, radio, computers, artificial intelligence…

More background on the age of englightenment can be found in school history text books.

So what should primary schools do?

Programming should not be studied for the sake of programming, but for the development of computational thinking. This is best achieved in project based learning, where learners are creating some age-appropriate outcome, and they have to come up with ways to get the computers to do what they want them to do.

When a project is cross-subject (a phenomena based project, two teacher collaboration, or a cross-subject project by the classroom teacher) it combines learning goals and themes from other subjects into the same work and time use.

The project should be a STEAM project, combining Arts into STEM work. This increases motivation and enables creative self-expression.

Example: 4th graders create a game where the player needs to find animals that hibernate during winter in Finland. They research the animals, draw them on paper, photograph them and add them to te game. As a voluntary extra home work they can reuse their animal characters and create a digital story based on an animal themed folk tale.

Ant let’s remember that practicing computational thinking is possible even without technology as unplugged activities. Computational thinking skill development, such as abstraction, algorithms, analyses and automation, happens while working and doing. It’s not something the teacher needs to be too worried about. Of course if the teacher can guide learners in the development of these thinking skills, learning will be faster. There are numerous sources to help teachers in this task, including Code School Finland’s teaching materials. 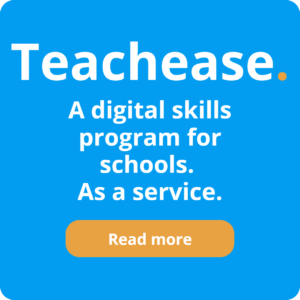