You are here: Home / Updates / Role of game development in education

Is gaming a waste of time? The future of the game industry looks bright. Being a consumer of games can awaken the passion to work in the field some day. Introducing game development in education can motivate children into STEAM subjects. In this article, we look at game development in K-12 education and focus on Unreal Engine 4 (UE4).

In recent years gaming has become one of the most popular forms of media. The interest is shifting from TV to internet- and computer-based media forms, such as video-streaming platforms (YouTube, Netflix etc.) and gaming both online and offline. 2.69 billion people have played games in 2020 and this number is expected to grow yearly.

A massive amount of people play video games. But who creates the games for consumers? Game developers! A growing market creates a need for more and more people to work in the game industry. Games are a promising and popular form of media, therefore talking and learning about games and game development should be part of modern education.

A game is a pinnacle of multimedia creation. It’s an interactive visual-auditory experience that is both fun and engaging. When developing a game, we need to combine image, movement, sound and logic in an interesting way. It creates unmatched possibilities for learning digital skills and promoting multidisciplinary learning. The multidisciplinary nature of game development becomes obvious if we observe a typical game development team: Game designers, level designers, artists, programmers, sound engineers, testers… It involves talent in many fields.

Probably the best known form of multidisciplinary learning is STEAM education, that stands for Science, Technology, Engineering, Art and Mathematics. The more you dive into the game design and developing games, you find yourself needing more and more of these STEAM skills.

Game development is an excellent context for learning to use technologies and creating multimedia content. Learning technology skills in context of game development can be started already in kindergarten.

Our picks for best programming environments for K-12 education for different ages are shown below.

5-year olds can already create simple interactive programs by using ScratchJr with mobile devices. For beginners it’s recommended to support their learning with concrete tools. Simple robots such as Bee-Bots or Blue-Bots are targeted for education. The regular Scratch should be introduced soon after.

Secondary schoolers can either continue with Scratch or move to GDevelop 5, which is basically an advanced version of Scratch with possibilities to program with text.

With the right guidance and learning materials, students can already begin learning with 3D game engines such as Unreal Engine 4 or Unity. But which one of the two? That is debatable.

You should start with either one and stick with it. Both require time and effort to understand the basics and the workflow. But for the context of education, we recommend the following based on our experience.

Unity would make a better engine for beginners and school context. Its interface is relatively easy to understand even though it’s a professional game development environment. Programming is done in C#-language, but the new visual scripting tool Bolt makes it easy for beginners.

Unreal Engine however would be a better choice in a long run, especially for club or educational camp context. Its interface can be confusing at first, but it supports beginners with learning tools. Unreal Engine also has its visual scripting tool called Blueprints which is mostly identical to Unity’s Bolt (that is arguably inspired by Blueprints).

Both are 3D game engines that are widely used for hobbyist game making but also commercial games. Unreal Engine is more distinguishable in terms of commercially successful games but Unity has its fair share of successful games too.

Ever heard of Fortnite, Gears of War or Borderlands? They are top-quality games made with Unreal Engine. It’s surely battle-tested for 3D game development.

In this article we focus on Unreal Engine 4 (UE4) because its future in the 3D game development scene looks the most promising. Our experience is that with well-structured instructions and design-based project learning methods, even beginners can learn to use Unreal Engine quite fast while also having fun.

Games and software in 3D environments usually rely on individual objects that can be moved, modified and programmed. In UE4 these objects are called actors. An actor alone is nothing but a placeholder for creation. We have to give it a shape, material and a behaviour.

From a coding education point of view the most interesting feature is the behaviour because it has to be programmed. UE4 uses C++ which is considered an advanced textual programming language. Fortunately even a beginner can create a complete game without writing C++ code, thanks to Blueprints. Blueprints are a visual language consisting of modifiable nodes that are connected to create scripts (pieces of code). All the basic and advanced concepts of programming are utilized when using Blueprints. This makes it a perfect way to practice computational thinking which is the foundation of programming.

Games are multimedia creations. Game development is a sandbox for STEAM learning, phenomenon-based learning and developing digital skills. Ultimate goal is to move up from simple 2D platforms to advanced 3D environments, where you are sure to find a field or a nuance that interests and motivates you to be creative.

Even a beginner can learn to use Unreal Engine with well-structured instructions and design-based project learning methods.

We offer a 5 day online camp for youth over 14 years old, targeted for groups. 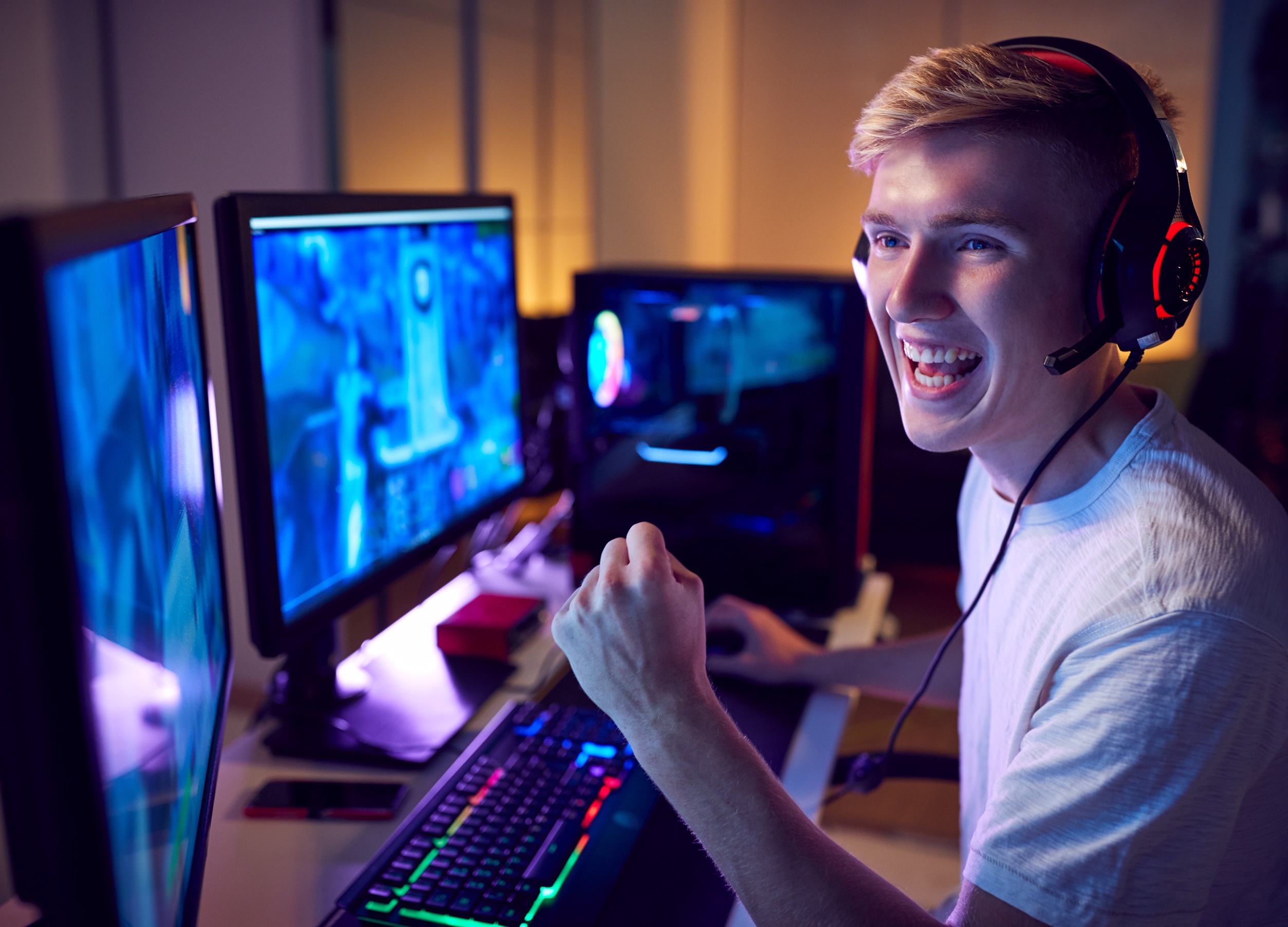 36 lessons of 3D game programming for students over 15+ years. Teacher-led online instruction and self-study. Available for groups only. (more…)